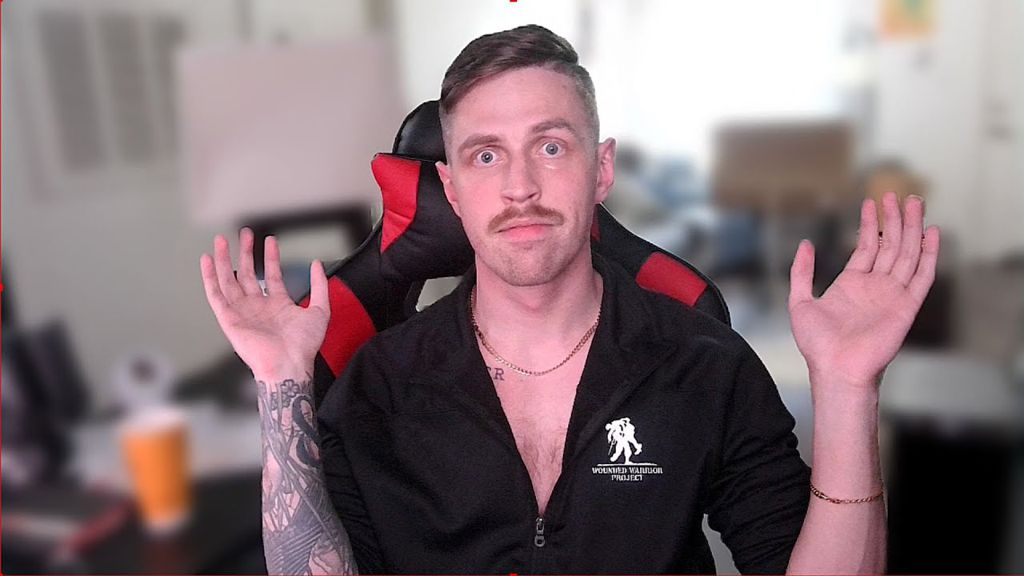 Don't be the guy who makes fun of others donut tastes.
Patreon for the 100K challenge: https://www.patreon.com/TreysTrades
Check out my website + merch store: https://treysgorillagang.com/
10% off Unusual Whales: https://unusualwhales.com/referral #TreyTrades
///My Computer Setup For Investing: iBuyPower PC: https://amzn.to/3pdSm5B Elgato 3 Microphone: https://amzn.to/2Y8HZ75 Wireless Gaming Keyboard: https://amzn.to/3t9tgah
Click this link to get ExpressVPN! I personally use this VPN service to protect myself online due to their strict no-log policy and other features that come with it:
http://www.expressvpn.com/treystrades
SOCIAL MEDIA ///Merch: https://treysgorillagang.com/
///Patreon: https://www.patreon.com/TreysTrades
///Venmo: @treystrades
///Twitter: https://twitter.com/TradesTrey
///My StockTwits Page: https://stocktwits.com/TreysTrades
///IG: https://www.instagram.com/trey_collins_001/
///PO Box: Tremayne Collins 501 SW 5th Street Unit #1949 Lawton, OK 73502 (Be sure to write my name on any package)
I am not a financial advisor nor expert, please take anything I say with a grain of salt. WeBull, ExpressVPN, TubeBuddy, and Amazon are affiliate links.

Once upon a time there were two individuals you had cletus and you had quentin right, i'm going to tell you a little story about both of these individual people. Cletus is a bald man who also happens to like donuts number. One donut is a sprinkles donut. Just a chocolate with sprinkles, the other one here is a strawberry donut both have their own appeals.

One of them's got sprinkles. He likes chocolate, whatever, maybe he's vibing with that that given day, but he also likes strawberry, frosted donuts on any given day. He might want to eat one of those donuts they're, both good donuts. Sometimes he buys both.

Sometimes he buys one. Sometimes he buys the other and some days he doesn't buy any at all and that's absolutely okay, because you don't always have to eat a donut and that's just what he likes cool good stuff, nothing wrong with that. That's beautiful quinton over here! He does not like strawberry donuts strawberry frosted does not vibe with him. It makes him freaking feel sick, but he does like the chocolate doughnut with sprinkles.

That's okay right. He just doesn't like how strawberry doughnuts taste. He doesn't think that it outweighs the benefits of eating a chocolate donut with sprinkles. That's totally fine right.

I, like both donuts, i think they're, both fantastic, but you don't have to like both of them. That's totally. Okay, it makes sense. Everybody's taste buds are different.

Everybody compares donuts differently from each other and at the end of the day, both clinton and cletus. They are both bald individuals who like what they like at the end of the day, there's nothing wrong with that. They can do whatever they want. They can eat any donuts they freaking want to, but here's a problem right all of a sudden you've got this problem with quentin quinton, all of a sudden says: hey man, you, you can't like both strawberry donuts and chocolate donuts with sprinkles.

That makes no sense. I am in an outrage. I cannot believe for a second that you, like strawberry doughnuts. I am going to freaking pummel you and he comes over here with a kamehameha or a tangon, charged up in his freaking hand and he's ready to lay some notch on freaking.

Some scanning on huge nuts over here dude and that is a whole different ball game. You see in this instance, where you've got quinton coming over at cletus for liking, both donuts. That's that's just not okay, because just because quinn doesn't like a donut doesn't mean that somebody else can't like a donut. He might think that the strawberry donut isn't good because strawberry tastes like piss, but at the end of the day, maybe cletus thinks it doesn't taste like piss.

Maybe he thinks that this is going to make him one happy individual and it's going to reward him with experiences and with happiness and with relationships, and whatever else might come from eating that freaking donut the other day it doesn't matter. Why he's eating the donut? Why? He likes the doughnut because it's his goddamn donut, but quinton over here has a problem with it and he's coming over at cletus with that and laying it down. Let me tell you something: real simple here: quentin is in the wrong for coming at cletus for liking. The specific donut, the strawberry frosted doughnut, because it's none of quentin's goddamn business - hope you guys enjoyed that illustration.
I love you guys much love catch! You later. Peace.

Wtf was this? bbby and ryan cohen filing explained

26 thoughts on “The best meme stock?”

Wtf was this? bbby and ryan cohen filing explained